It's the most wonderful time of the year

Many plants are extolled for their ability to grow and flower during the darkest days of the year; Winter aconite (Eranthis hyemalis), Lenten Rose (Helleborus), and Cyclamen are only a few.  There is no denying the mood-lifting prowess of those species, but I'm gonna be unconventional here and cast my vote for the sessile trilliums as the most uplifting of winter growers.  Hardly any plant announces the beginning of spring in a more regal way than the trilliums.  Most of these sessile species hail from the gulf coast, and being from such a mild climate, begin growth during the bleak days of early January.  While the flowers may not open until February or march, the slow progression of the foliage is what excites me.  There is nothing else quite like it. 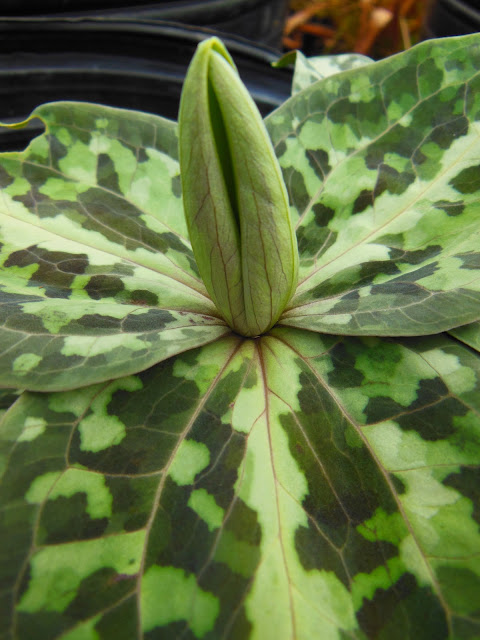 Detail of Trillium underwoodii from Florida.  When we have a mild autumn, these plants will often begin growing around Christmas. 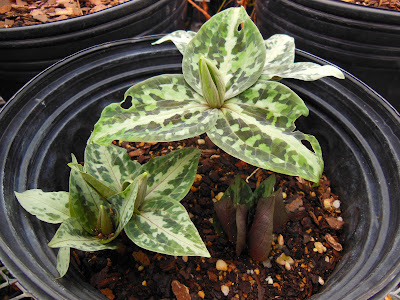 Another view of Trillium underwoodii from Florida; albeit with a little bit of slug damage.  A friend sent these to me and at one point I have a yellow flowered plant. 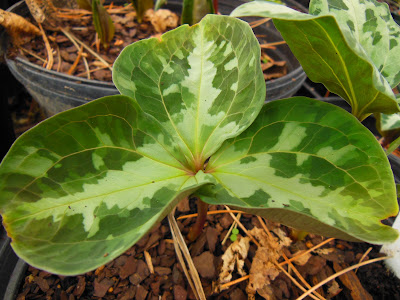 Here is Trillium decipiens from the northern part of the species range in Alabama.  This is my favorite of all the trilliums.   The range of variation in foliage patterns and flower colors appears to have reached it's zenith in this species. 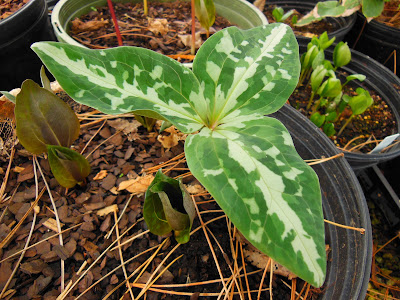 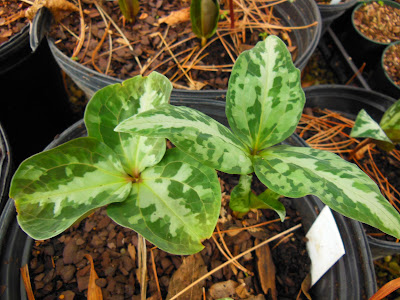 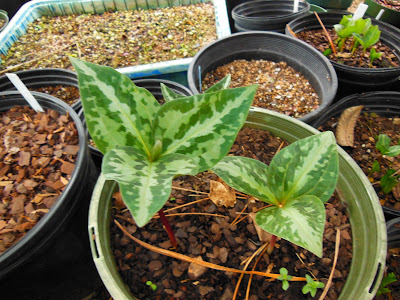 Below are a couple of plants of Trillium decipiens from the western part of the species range in Alabama.  These plants differ from the above in foliage coloration and mottling pattern and also flower color.  Plants from this area have flowers that begin a light maroon color and rapidly fade to bronzy-green. 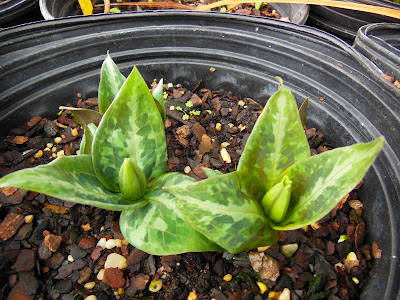 Below are a couple of forms of Trillium maculatum, another of my favorite species. 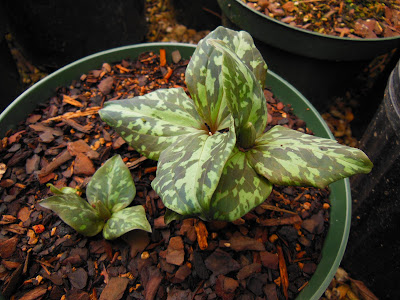 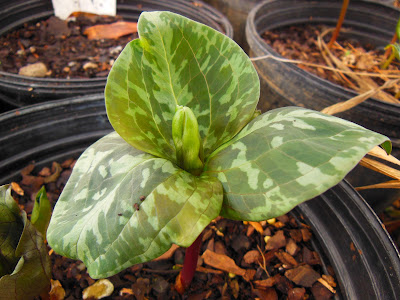 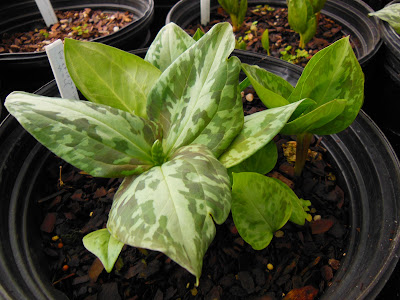 Above is Trillium foetidissimum from Louisiana.  While not as showy as the species mentioned above, it is a good increaser.  These plants were found growing in a trashy woods in the middle of a small city.  The number of invasive species in that small woodlot was astounding.  When I asked permission to collect a few, the property owner just laughed and asked why I was so interested in the local "weeds". 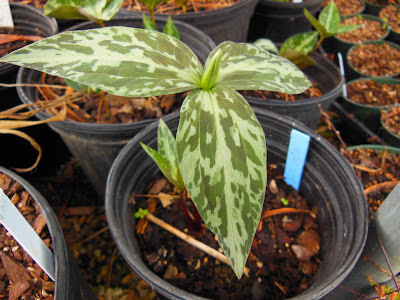 This is Trillium lancifolium from the southernmost populations not far from Tallahassee.  These plants are very early and have flowers that are bronzy-red in color.  Apparently populations of T. lancifolium from below the fall line are going to be described as a new species.