Sometimes the only thing better than a flower itself is the developing bud that preceded it.  Flower buds carry an innate sense of excitement, and in the case of first time flowers on hybrids or some rare species, perhaps a bit of the unknown.  The pictures below represent the best of both worlds. 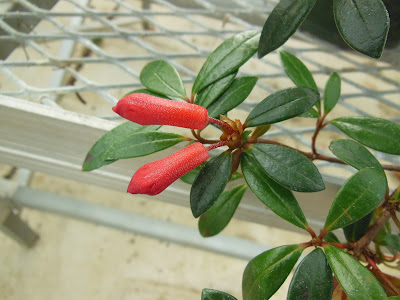 Rhododendron x'Saint Valentine' is a vireya hybrid with the most sumptuously colorful and textural red flowers that are exceptional even among the many red rhodies.  This makes a choice, albeit somewhat leggy specimen in the greenhouse.  The leaves are exceptionally thick and lustrous. 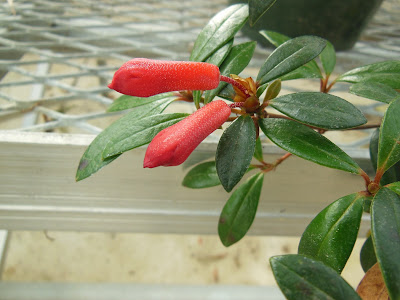 Note the small, circular scales on the flowers and the leaves.  Their waxy nature only adds to the complexity of the display. 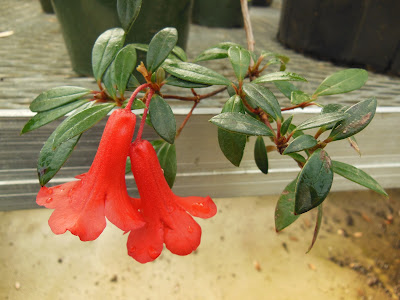 The dangling flowers of 'Saint Valentine' have a special charm and can last for couple of weeks in the.greenhouse due to their thick, waxy texture.

'Saint Valentine' is a primary hybrid; I have seen the parents listed as R. lochiae x R. gracilentum or R. viriosum x R. gracilentum.  Rhododendron virisosum was once included within R. lochiae, so it may be a moot point, but it is worth mentioning that R. lochiae and R. viriosum represent the only two species of endemic to Australia.  The diminutive R. gracilentum is in endemic to high elevations on Papua New Guinea.  It is a charming winter flowering species that should be sought out. 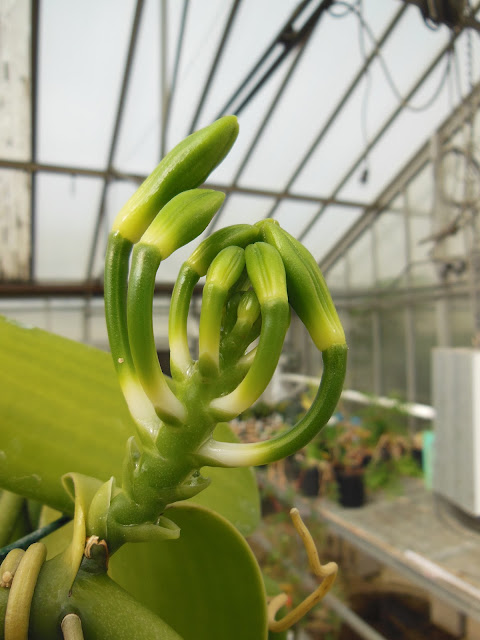 I am fortunate to grow a form of Vanilla planifolia that regularly flowers in winter, even though the plant is rather small (compared to the height at which they flower in the wild and on vanilla farms.  This plant will flower until the beginning of summer. 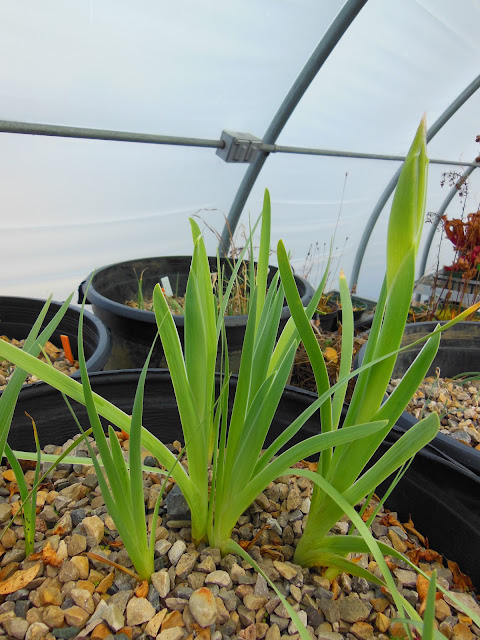 This is one to get excited about.  I obtained this from SIGNA a few years ago as Iris atropurpurea x Iris haynei. A rare primary hybrid between two Israeli irises. Two of 5 seeds germinated and the resultant seedlings could not be more different; one is tall, robust, and about to flower (seen here).  The other is small, slow growing and shows no signs of flowering -- yet.  The picture above was taken 4 weeks ago. 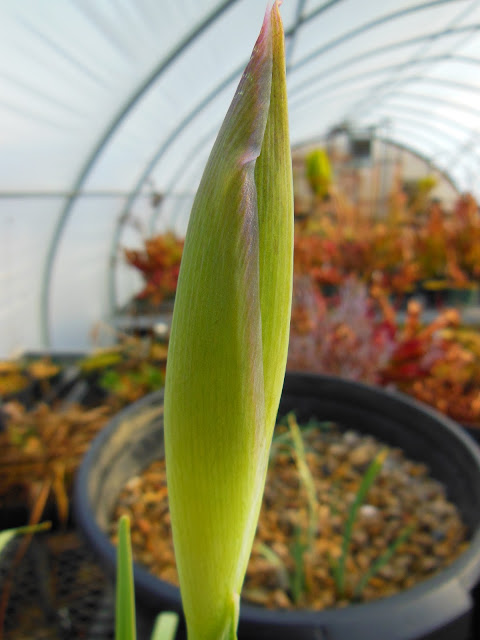 The flower buds have developing at an excruciatingly slow pace, but are now showing signs of color.  The picture above taken two weeks ago. 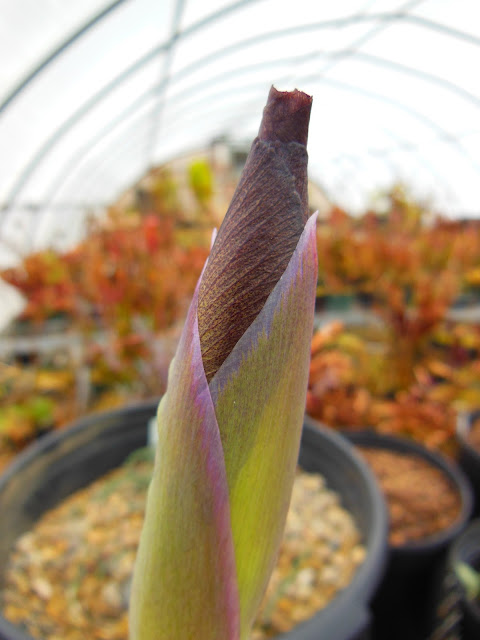 Here is what the flower buds look today.  I would expect the flowers to pop during the next string of sunny days and mild temperatures.  More one this one to come!