Some fall flowering natives everyone can get excited about 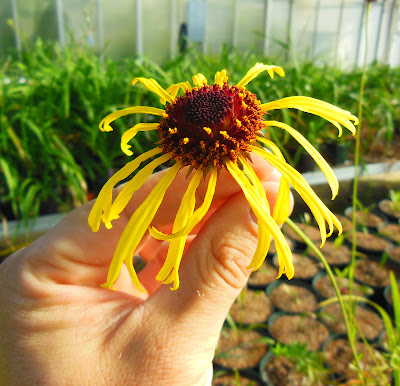 This is the exceedingly rare Balduina atropurpurea, and is known in the vernacular as purple disk honeycombhead.  This denizen of pitcher plant bogs and pine savannas is quite rare in the wild; most populations can be found within the state of Georgia.  Despite being found growing in relatively sterile sand in the wild, in cultivation this plant demands a decidedly nutrient rich medium.  I did small small experiment where I planted seedlings in 50:50 sphagnum/silica sand medium and same in basic pine bark based nursery medium.  All plants have survived, but the plants in the pine bark medium have far and away out performed all others and can be seen flowering in these photos.  Those in the sphagnum/sand medium did not flower this year.  So far I have only grown these plants in containers as I am unsure of their hardiness. 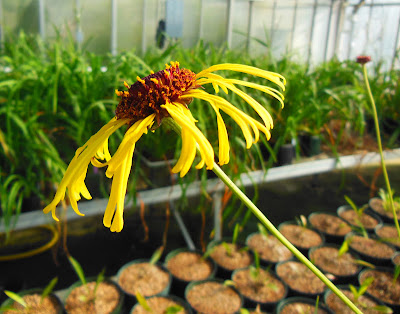 Another view of Balduina atropurpurea.  The flowers are nearly three inches across.  One of the most unusual and interesting features of this plant are the succulent leaves. 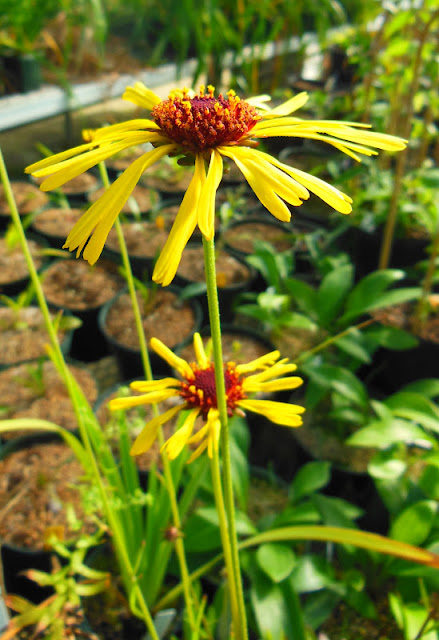 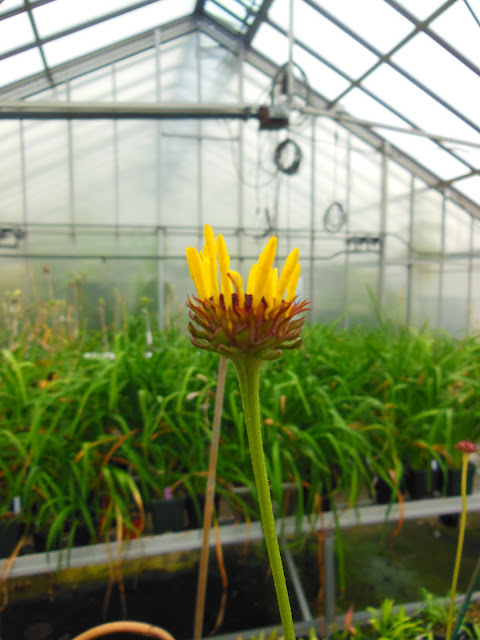 A view of the emerging head of Balduina atropurpurea,  This views shows the phyllaries a bit better 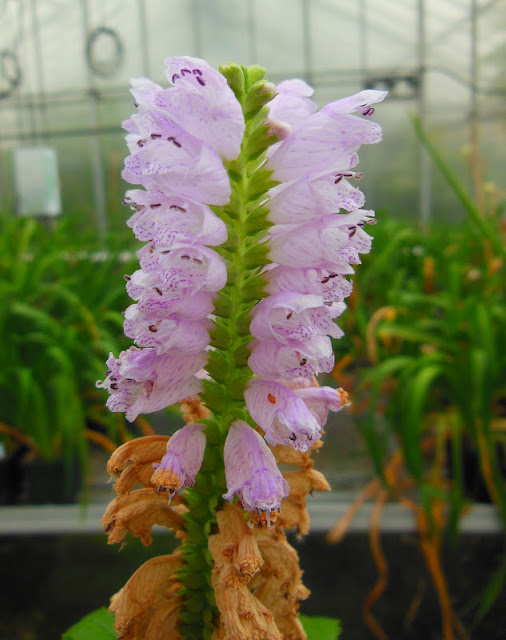 This form of Physostegia virginiana finished flowering a few weeks ago.  I collected this form from the banks of the Olentangy River in Delaware county Ohio.  This was growing in rocky, wet soil and is something quite different when compared to the forms of this species that grow in limestone barrens in southern Ohio (referable to P. virginiana var. praemorsa).  Several variants of this species have been described in the past, but current thinking lumps them all under P. virginiana.  While this may look like the common Obedient Plant that is commonly grown in gardens, a more complicated botanical question lurks in the background.  Questions like this can begin to be answered when wild-collected forms of the species are collected from throughout the range of a given taxon and grown together in the garden, 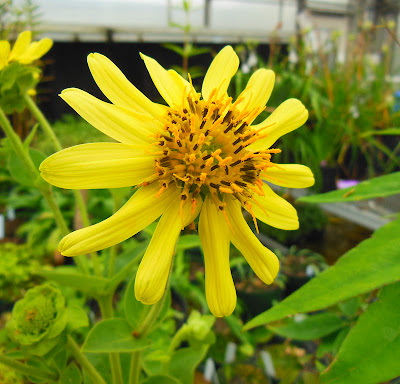 This super rarity is Silphium glutinosum, an Alabama endemic.  This seed grown plant is flowering in it's first year and I have been quite taken with the 1.75-2.5" diameter, pale yellow flowers that have been produced throughout late summer.  Accordingly, this plant is quite sticky, and in the greenhouse fungus gnats have become stuck on the plant...perhaps we are seeing early stages of carnivory? 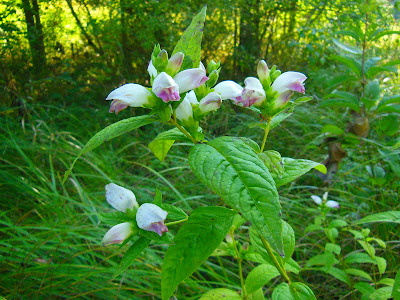 Chelone glabra, the white turtlehead is a fantastic fall flowering native species.  This photo was taken of plants in Hocking county Ohio and are referable to C. glabra var. elatior.  In Ohio, C. glabra var. elatior is confined to the eastern portion of Ohio on the west edge of Allegheny Plateau, where the soils are derived from sandstone and generally more acidic.  Tn this habitat, the white turtlehead is associated with a different set of plants than populations from further west in Ohio. 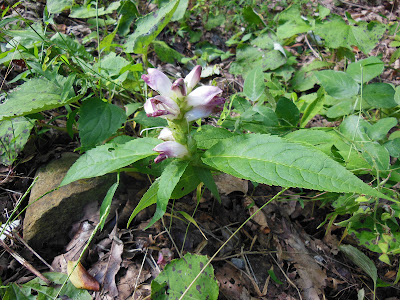 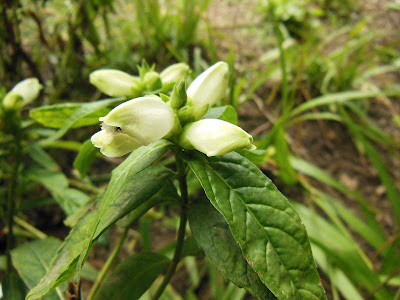 So far, my favorite forms of Chelone glabra are those found in west-central Ohio and are referable to C. glabra var. linifolia.  As the name indicates, the leaves are more linear than var. elatior, but the most obvious feature of the plant is the green apex of the flower, giving a totally different aesthetic.  This variety is a fen indicator species and grows in lime-rich, saturated soils with some of Ohio's greatest rarities such as Cypripedium reginae and Parnassia glauca 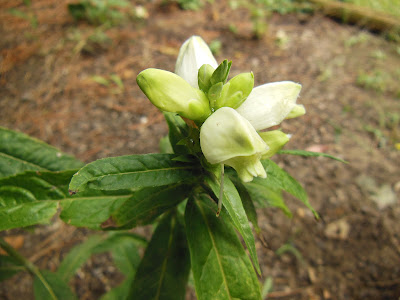 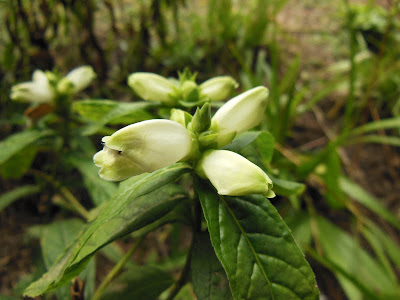