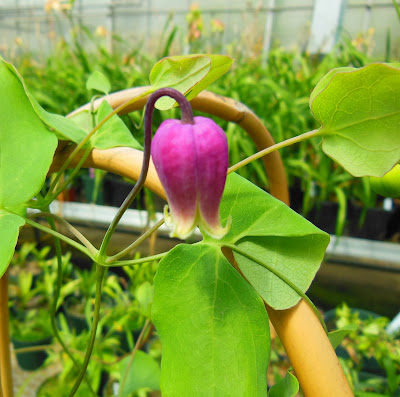 Clematis addisonii is a very rare plant that is endemic to only four counties in western Virginia.  This distribution of this species closely follows the underlying limestone formation upon which it occurs.  This species is considered very rare in the wild but is established in cultivation.  I got this plant from Arrowhead Alpines.  It had already flowered one time this year, but after up potting fertilizing it, it produced more flowers.  The sepals are thick and leathery with a giant glaucous coating.  They just beg to be touched. 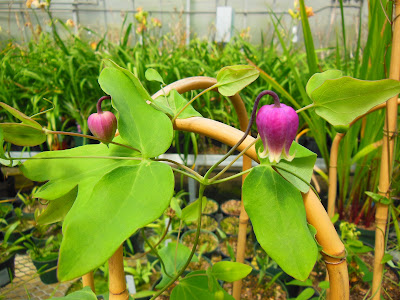 Clematis addisonii is not vining like related members of subgenus Viornae.  Instead it forms lax stems to about 3 feet in length.  In the garden, a site where it could ramble through small shrubs or lean against taller neighbors. 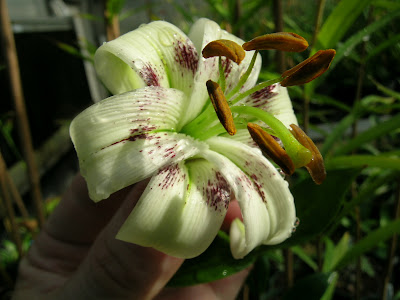 Here is Lilium poilanei from Viet Nam (and maybe China).  This species is relatively new to cultivation in the U.S.  This appears to be a good form with prominent maroon-purple markings.  These photos were taken by a friend while I was in Florida, so I can't comment about the fragrance of the species.  I am not sure about the hardiness of this species. but look forward to propagating and learning more about this species.  I just can't get enough of these recently introduced Asian lily species. 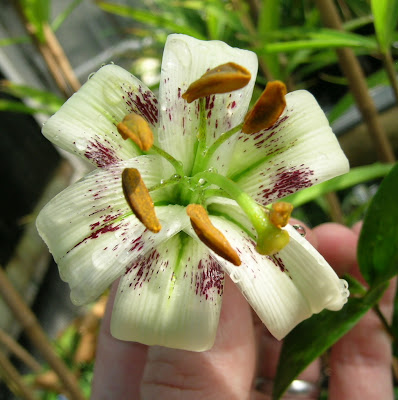 Another view of Lilium poilanei 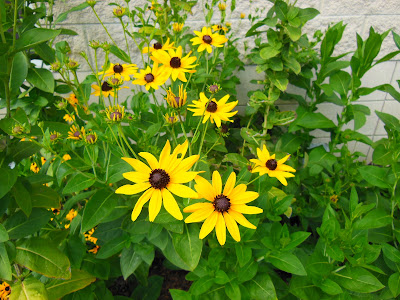 This may look like a typical Rudbeckia, but this is one that should be planted more.  This is Rudbeckia auriculata, a rare endemic of the gulf coast that is probably most abundant in Alabama.  Despite it's southerly origins this species has been very hardy in central Ohio, not only tolerating open field conditions, but positively thriving in such locations. 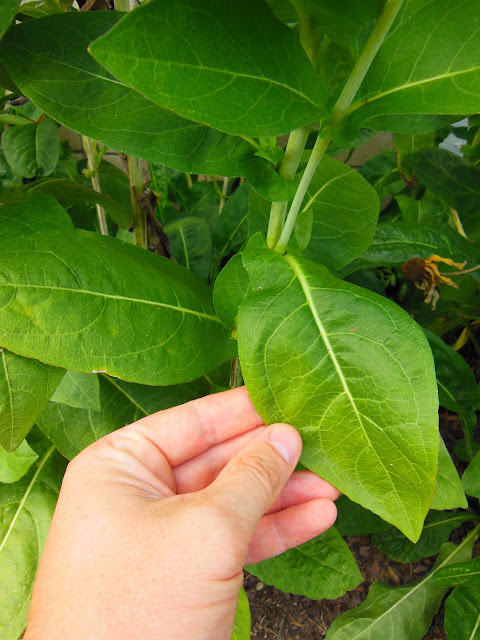 The large leaves of this species have characteristic, auriculate leaf bases that give this species its name.  The leaves are disease free and contribute to the dramatic appeal of this large and imposing species. 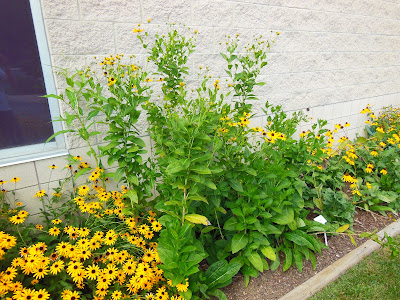 Here are some plants of Rudbeckia auriculata that are about 6 feet tall.  They can get up to 8 feet tall and flower very late into the season.  Residual flowers can still be found into November if the first autumn frosts are not too severe.